A Pilot’s Movie Review: American Made 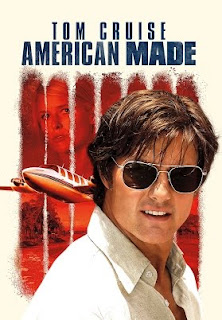 I don't get to the movie theaters often. Something about having small kids--it's just really hard to justify going out for three hours when I can just wait for Redbox to have the movie. For reference, the last two times I went to a movie it was Cars 3 and Shaun the Sheep, and of course, I had my kids with me. So, I know I'm late to the game to review a new movie, but such is my life these days.

It's fundamentally an aviation movie because Barry and his Aerostar are the primary vehicle of making the move run. Flying low-level into Central America and back into the U.S. to avoid detection (and one must surmise, for the thrills as well), Barry grows his operation to include some bubbas in a Cessna 414, Twin Comanche, and a Bonanza, flying in formation to achieve "mass on the DZ" as any good airdropper would say. The inclusion of a well-heeled C-123, complete with oil splatter on the side of the fuselage, is a nice piece of resistance. As the old guys around Little Rock used to say, if it’s not leaking, something’s wrong.

Having Cruise, a pilot who owns and flys a Gulfstream IV and a beautiful Mustang, lends some legitimacy to the inevitable liberties that non-pilot directors and producers will want to add. That cruise does his own stunts and did his own flying in this film furthers that sense even more. Still, there are a couple of gripes I have about stuff that appear to have come up in postproduction, after the pilots had had their say, or necessary for the script, where pilots wouldn’t have had their say:

- On the initial short-field, cocaine-run takeoff, Barry has expressed his concerns about the high density altitude and the overloaded Aerostar, but his bed is made. Any pilot with half a brain would be at full power throughout but the sound editing saw fit to make the propeller RPM suddenly increase most of the way through the takeoff roll once Barry’s pucker factor went up. A nice touch to add some drama, but not a likely scenario.
- The writers did well to show the pilots changing their N-numbers but failed to explain how any of Barry’s fleet could fly nonstop from Nicaragua to Louisiana—direct, let alone on the meandering route they take—and then loiter all night to outlast the DEA’s Citation.
- In the crash scene, after all those high-density altitude short field operations, suddenly Barry can’t seem to stop the Aerostar, even on pavement (and neither can he seem to find a straight piece of pavement for a power-on landing).
- The producers apparently couldn’t find any period-correct 737-200s—not the -300s that appear at the beginning that didn’t come out until 1984–but that’s a big ask and can be easily excused.

There are probably others for the more eagle-eyed viewers, but for the aviation crazy and non-afflicted alike, American Made is a fun-filled flying flick that may not win any awards but is an exciting weekend watch for the adults in the family.
Email Post 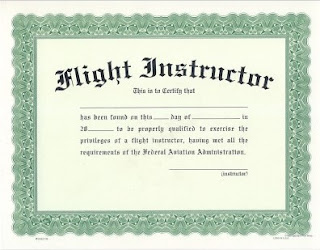